They Have Designs On Your Future 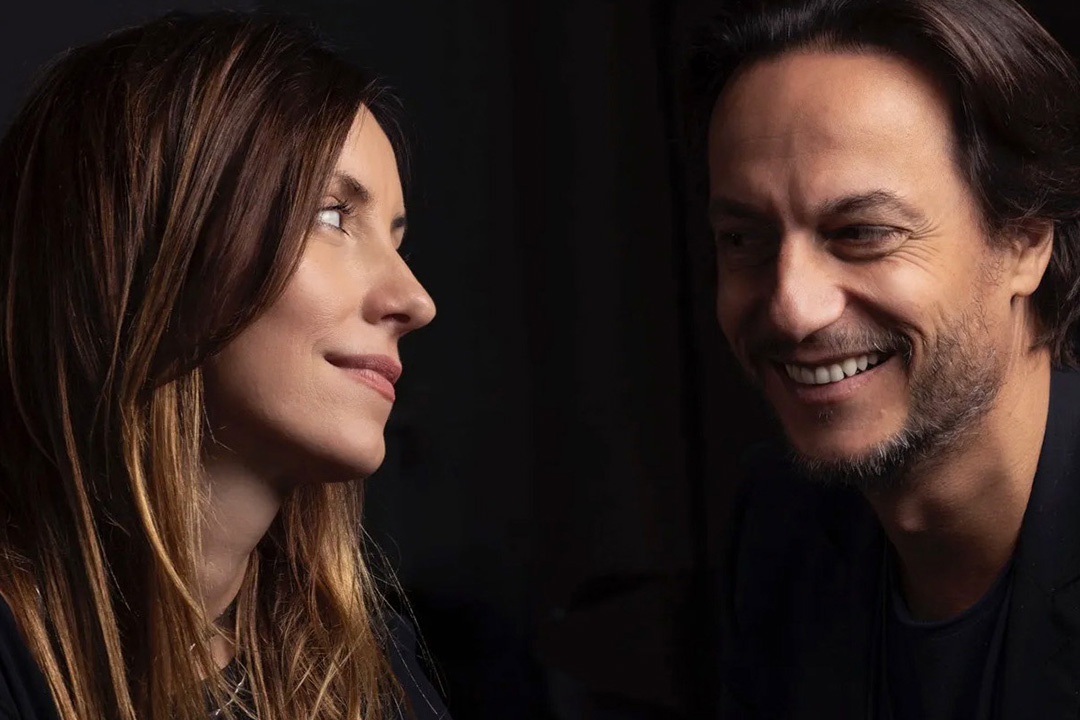 Milan, San Francisco, New York City. For just about any of us, conceiving and creating a new home in one city—let alone three at the same time—would be a mind-boggling challenge. (Not to mention having to have them all completed within eighteen months.)

But for the dynamic duo of Marijana Radovic and Marco Bonelli, the visionary talents behind m2atelier, the Milan-based architectural and design firm that has been entrusted with making the three new CORE: homes a reality, it’s a challenge they don’t simply savor. It’s one that energizes them and feeds their virtuosic creativity.

“We feel in many ways our careers have been leading to this moment,” Bonelli says.

At the time of our conversation, both of them were in New York, having returned recently from San Francisco, where they had completed a site visit at the Transamerica Pyramid, CORE:’s West Coast home, slated to open in 2023. This same day, they had done a walk through of 711 Fifth Avenue, the new New York location of CORE:, pegged to open by the end of this year. The whirlwind of days had left them brimming with ideas they were eager to sketch, share, and explore.

“What’s fascinating,” Radovic says, “is each space embodies the values and spirit of its city, but each is unique architecturally.”

“They are buildings that hold the values of CORE:” Radovic adds. “Whether it’s Milan, which occupies a former church; or the Transamerica Pyramid which is one of most amazing landmarks in the world; or 711 Fifth Avenue, which epitomizes New York, you feel all three were designed as special, transformative spaces. You feel each has a dialogue with its city. And now we get the honor of working with them and bringing them to their next life, creating spaces that are the perfect balance of how our members live, work, and come together for cultural events.” 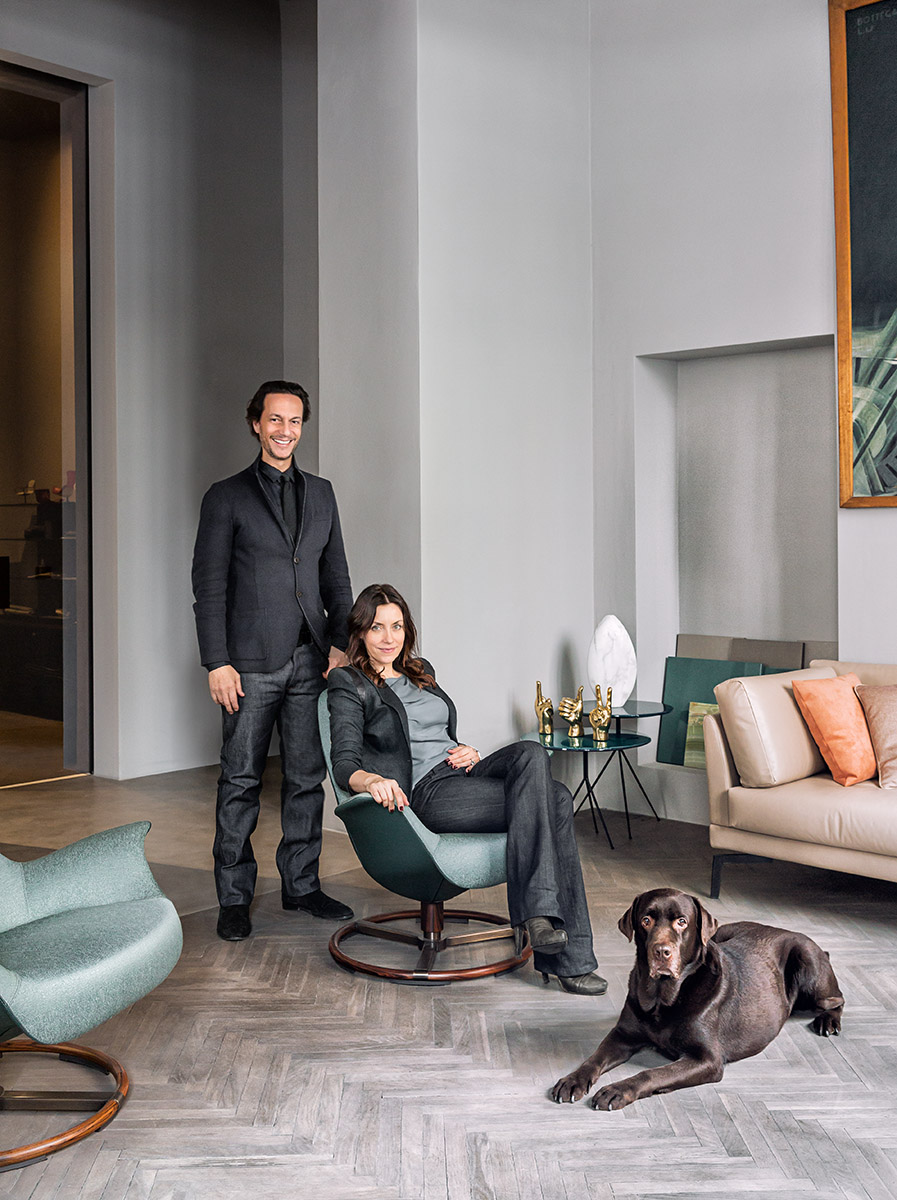 If you can’t guess by now that m2atelier has a rare perspective on the best way to balance the needs of CORE: members, you need only consider their offices in Milan. Located in a former cookware factory, the reclaimed space doesn’t just house the offices of Bonelli and Radovic, it also houses their home, which they share with their two children. Talk about the epitome of work-life balance. They were determined to create an environment where their living space blended seamlessly with their creative spaces and their studios. It’s that very perspective—one that is all too rare among many designers and architects—that they will bring to the new CORE: homes.

“We take a multidisciplinary approach,” Radovic says. “And a big part of that is giving a lot of thought to not just how the CORE: member moves through the world, and what they need to work effectively—but also how they live, and want to live. These are their homes. As such, they have to feel like home: balanced, serene places that meet all their needs. Calming in the right places, and stimulating in the other places. They are cultural spaces and they are gathering places. Quality of life is a beautiful thing.”

“Something we think about a lot is transformation,” Bonelli says. “How space inspires people. It is our aim to make each of these new spaces transformative. And there will be some elements that unite them.”

“We’ve created entry ways so that from the moment you enter, you will feel embraced. Welcomed. After all,” says Radovic, “it is your home. You should feel pulled in, embraced. Unlike so many other places you encounter in your day that make you feel not welcome.”

Feeling welcome and at ease is certainly one thing you definitely always feel in the presence of Bonelli and Radovic. It’s surely why you can feel it in the spaces they create.

Bonelli was born in Genoa in 1971 and despite the fact that as a boy he wanted to be a pastry chef (“I guess what I really liked was eating them.”) He achieved a degree in architecture and later moved to Paris to work as an industrial designer with a firm that collaborated with Philippe Starck. After that, he moved to New York to earn a master’s degree from Columbia University, and was part of Steven Holl’s team for the competition of Rome’s Museo Maxxi. In 2000 he founded BAMdesign, a design and architecture studio, where he developed projects for bespoke residences for brands such as Tom Ford, Les Copains, and Salvatore Ferragamo. In 2013, he founded m2atelier with Marijana.

Radovic was born in Serbia and as a young girl thought it would be cool to be a hairdresser. After she earned a degree in architecture from the University of Belgrade, she moved to Milan to get a master’s in yacht design at the Politecnico of Milan where she concentrated on interior design in the luxury yacht sector. She founded her own studio, STANDBY with offices in Belgrade and Athens, but in 2009 she identified Milan as a perfect location to continue her design work in yacht design, as well as in the residential and product design sectors. Soon after, she joined forces with Bonelli.

“For us, living in Milan is not just about quality of life,” says Bonelli. “It’s also about the access to so many artisans and craftspeople, whose work—from chairs, to lighting, to linens—we will bring into the new CORE: spaces. This is exciting. This makes it feel very personal, very much like a home. But each is unique.”

And what, we ask, is the most exciting aspect of the spaces you’re working with?

“The outdoor space,” Bonelli says, pointing to the wealth of terrace space in New York and Milan, as well as San Francisco. “As a designer, it’s such a luxury. We’re working on some very special ways to experience it.”